Where the Value Lies

I’ve been asked from time to time why I don’t put more news on my website and drive more traffic there.  People respond to breaking news items, and since I’ve been checking out Twitter recently, I’m pretty much onto whatever happens the minute it does.  A few phone calls, and I’ve got the hot breaking story.

Looking back, I can see that my answers have kind of assumed that people understood my philosophy of adding 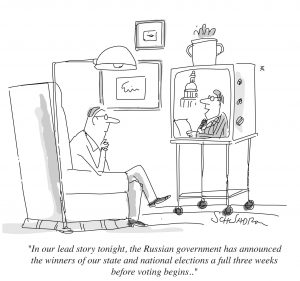 value with my writing, which is surprisingly similar to how you add value with your professional advice.

Years ago, I was asked to give a keynote presentation at an annual meeting of the American Society of Business Editors and Writers.  They were looking for the perspective of a trade journalist, somebody who could convey what professional financial planners were thinking—insights which, apparently, the mainstream press people on the TV networks, Money and Kiplinger’s etc. were not privy to.

My speech, I was later told, shocked the people in the room.  The first thing I said was that in the new age of the Internet, as the Internet becomes the primary delivery vehicle for news, the journalists in the room were all going to have to learn to do something that I was then doing routinely: interact directly with their readers.  That is, when a story was published, there would be instant feedback, including dissent, including people calling them on whatever they got wrong, including helping them see how their story actually fit into a bigger picture.  They would learn that collectively—and sometimes individually—the audience knew more than they did.

Famous financial writers and broadcasters came up to me afterwards and said they weren’t comfortable with that prediction.  They preferred a one-way communications medium, from them to us, over this two-way circuit that I was proposing.  I told them that in the financial planning profession, advisors were making the same adjustment, from a professional telling a layperson what to do to a more collaborative feedback loop between the advisor’s expertise and the client’s much greater understanding of his/her own situation and preferences.  It makes for a much stronger and more valuable relationship—and isn’t that always our goal?

Then I told the audience that most of what they delivered, in print and on the air, was meaningless white noise.  The newspapers carried page after page after page of stock listings, telling us what all the NYSE and AMEX stocks did yesterday, and the one-day performance of yesterday’s mutual funds.  The cable financial news channels told us how the Dow and the S&P 500 performed yesterday, and there were updates throughout the day on this or that stock’s ever-shifting price. Did that information have any meaning, whatsoever, to a thoughtful long-term investor?

Of course, the news that they offered tended to do the same thing: tell us what happened yesterday, what’s going on this moment, which is never relevant to investment decisions.  I said that the financial planning profession had learned that the headlines, the one-day stock reports, and all their 24/7 white noise was not something they could use to inform their investment decisions; in fact, most of the articles and data that the people in the audience were working so hard to publish was actually material that real, serious, professional investors had to actively filter out.

In their daily activities, they (the audience members) were making things worse, not better.

I would like to tell you that I was roundly hooted off the stage, or booed by these famous journalists for trashing what seemed to be their sincere labor.  But in fact many people privately agreed with me.  They said that they, themselves, would prefer to generate more thoughtful, longer-term perspectives.  Instead of focusing on breathless news, and eye-catching headlines, they would have liked the breathing room to dispense wisdom.  I think everybody in the room agreed that wisdom and perspective were where the value lies.  But very nearly everybody in the room worked for an organization that made its money capturing traffic, eyeballs, and short-term attention.

Except me.  I had chosen to create a service that was not advertiser-driven, which means I was a fee-only writer in a room full of journalists who were ultimately driven by advertising dollars—our profession’s equivalent to commissions.

That meant I was free to focus on where I believe the real value of writing lies: on giving you perspective, not from me, but from the most thoughtful members of the profession, who tell me what they’re doing and how.  My job is to ask the questions that you would ask if you were having that conversation, and save you the trouble of searching the profession for the people worth having that conversation with.

This is a very long way of saying that I not only don’t plan to drive a lot of traffic to my website with flashy headlines and breaking news; I think many of you would admit that it is a waste of your time to get sucked into the daily news eye-candy.  People read the daily paper every day.  They watch Twitter constantly as they work.  Why?  I would invite all of us to examine how much time we’re spending on “breaking news” and what’s happening now or yesterday, and evaluate how much value we’ve gotten from that investment of time.

Inside Information will come out every month, and most of what you read here won’t tell you what happened yesterday, or even last week.  I’m looking for the bigger, slower, more meaningful shifts—just like you are in your own investment activities.  I’m looking for a collaborative relationship with my readers, just like you do with your clients.  Bigger picture, I still believe the financial planning profession has a lot to teach my journalistic profession about where the real value lies.  I’d love another chance to convey that to my brethren, but meanwhile, I plan to live the message here at Inside Information.

I hope you agree.